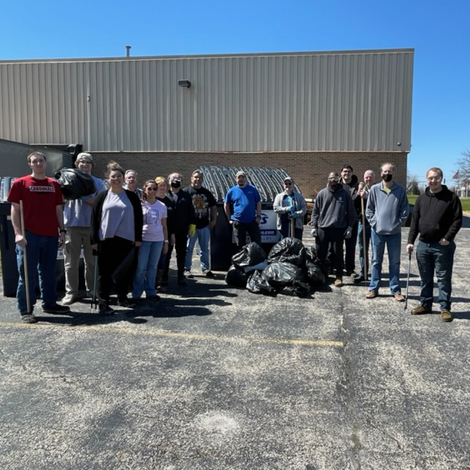 Each year on April 22, around 1 billion individuals worldwide participate in Earth Day to raise awareness of the global climate crisis and bring about changes to protect the environment. This year, KELCO employees participated in Earth Day by cleaning up and removing garbage from KELCO’s surrounding communities.

“Taking care of the communities where we live is very important to us at KELCO,” says Kim Kelly, Chief Operating Officer for the WCT division of KELCO, located in Fremont, Indiana.

Earth Day campaigns and projects aim to increase environmental awareness and change usually begins close to home. Participation in Earth Day can take many forms, including at home, work, or classroom projects like starting a recycling program or picking up litter. People also volunteer to plant trees, join ecological projects, or take part in local rallies about climate change.

Why is Earth Day important?

Earth Day began in 1970 with the birth of the modern environmental movement. Today, urgent action is needed to address global warming. The latest report from the Intergovernmental Panel on Climate Change states that without immediate action to curb greenhouse gas emissions, the world is on course for temperatures 3.2°C above pre-industrial levels. This level of warming would be catastrophic for the planet and all life on it, including humans.

Now a global movement, Earth Day has become a leading light in the fight to combat climate change, raising awareness of environmental issues and providing an opportunity for people to get involved.

“Cleaning up litter might seem like a small thing to do, but it can have a big impact. Once you become aware of all the garbage littering the street, you become more conscious of putting it where it belongs in the first place, and changes start to happen over time,” says Kelly. “Maybe you decide to not throw that wrapper out the car window, or you begin putting your cans and bottles in the recycling bin instead of the garbage. We can all do better to help protect the world around us.”