Over A Century of Progress

The KELCO INDUSTRIES family of companies dates back to 1905 when U.S. Flex began operations in San Francisco, CA, as a designer and manufacturer of flexible, ready-to-use materials. Now known as Flex-Weld, products come in a variety of material types, sizes and configurations for use in literally thousands of applications across industries.

KELCO’s forerunner, Manufacturers Capital Corporation, was established in 1965 and acquired Flex-Weld in 1967.

Advanced Molding Technologies began in the early 1970s in Schaumburg, IL, and grew to become a state-of-the-art company equipped to design and deliver custom engineered solutions for clients. Western Consolidated Technologies started in 1975 in Freemont, IN, and boasts over 40 years of delivering the best, most cost-effective seals to fit customers’ needs.

Advanced Molding Technologies and Western Consolidated Technologies were both acquired by Manufacturers Capital Corporation in 1985. Guardian Electric Manufacturing was brought into the fold in 1993.

Woodstock, IL, became home for the merged Flex-Weld/Keflex HVAC in 1998, with Advanced Molding Technologies also moving production to the quaint, Midwest town in 1999.

2018 was a very exciting year with the consolidation of Flex-Weld, Guardian Electric, Advanced Molding Technologies and Western Consolidated Technologies under the KELCO INDUSTRIES banner with headquarters in Woodstock, IL.

In 2020, we are proud to launch all KELCO INDUSTRIES companies on one website, www.KelcoInd.com 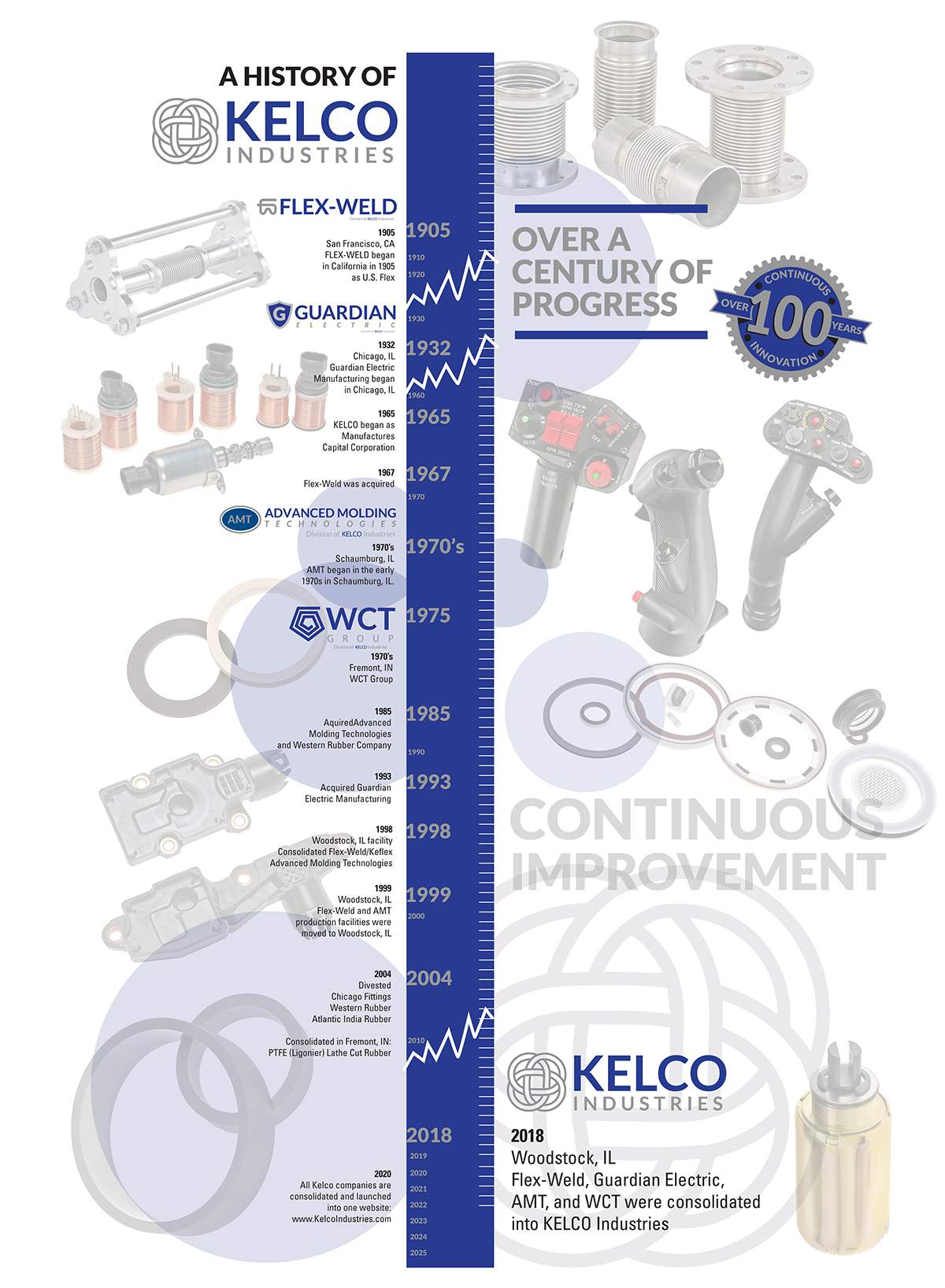